Caroni tasting of the century by RumX

When we decided that we’d like to add a blog to our RumX-universe, we obviously felt that this blog should serve you with remarkable news and experiences we made on our journey through the rum world. We are a community of rum lovers that live and share their passion with fellow enthusiasts – with our blog, we want to add another facet to the exchange in the community and share new ideas, news around RumX as well as experiences that left a mark on us directly.

When speaking of the unforgettable experiences that make our rum-lives so interesting, we inevitably had to think of our journey with Steffen Mayer, the author of the legendary Caroni-book that was released in spring of this year. As you may know (or even have seen, in case you’re a lucky owner of one of his books), for each Caroni release documented in the book, Steffen has included a QR code leading to the respective bottling page including our community’s tasting notes. We have known Steffen for quite a while now, and have kept closely in touch since then. We now no longer consider Steffen only as a business partner but also as a friend with a very strong shared passion for rum and Caroni in particular. 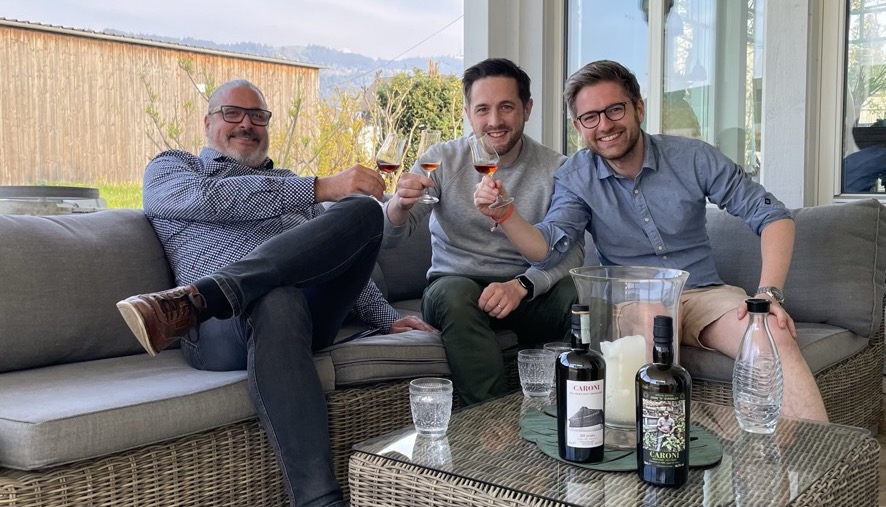 Joint tasting after shooting the teaser for Steffen's Caroni book

How it all started

After Steffen invited us to his once in a lifetime tasting of historic Caronis in Berlin in August 2021, we immediately agreed: It's time to organize a Caroni tasting event ourselves – not only to say thanks to Steffen, but also to celebrate the world of Caroni together. And we had big ambitions: We wanted to bring together the best Caronis we know and make it (almost) as outstanding as Steffen’s tasting. In June this year, just in time for the official shipment of his book, we finally came together to celebrate what Caroni is all about: Enjoying the unique spirit with its unparalleled taste profile together with fellow rum lovers. 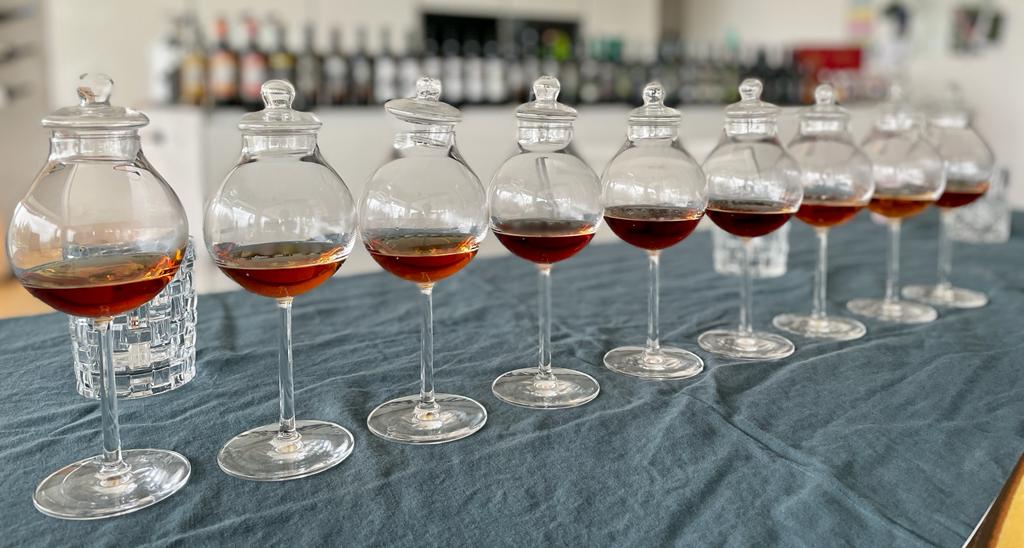 Our session started off with a blind tasting of nine different vintages – the commonality across them was that all releases were 100% tropically aged. All Caronis tasted were bottled at full or at least high proof, with ABVs ranging from 54,6% to 77,3%. Eight distillates represented the Heavy Trinidad Rum (HTR) style and one the LWR style. During the tasting only the host knew what was in the glasses, while everyone else learned about the details of the rums only after tasting them. Gathering such a range of exclusive drams was of course not an easy exercise – in fact, it took us several years to ultimately collect all these samples from rum lovers in Germany, Italy and France. Therefore, we do not want to forget to thank everyone for sharing these drams with us – without you, this tasting would not have been possible!

Lineup of the blind tasting 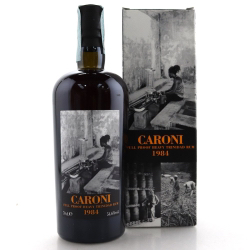 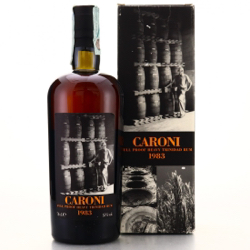 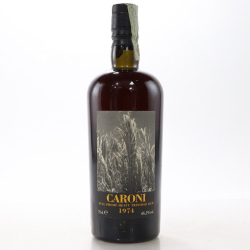 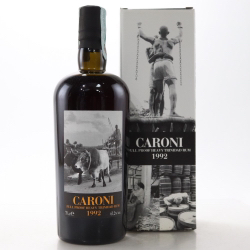 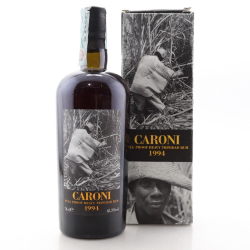 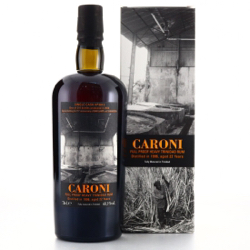 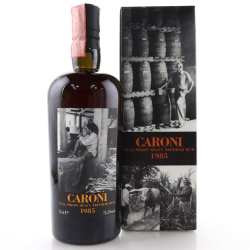 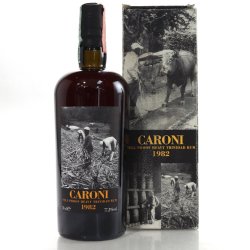 Our impressions and favorites

Obviously, tasting such a selection always results in discussions about how the individual rums are scored, we – as usual - suggest checking the tasting impression in the RumX app. One of our joint favorites from this range however was the seventeen-year-old 1994 Velier which landed in the top ranks of almost everyone. During the tasting, we had the privilege of learning various anecdotes and facts about these bottles from Steffen, which rounded off the entire experience. Good news though – you can find all info shared in Steffen’s book. 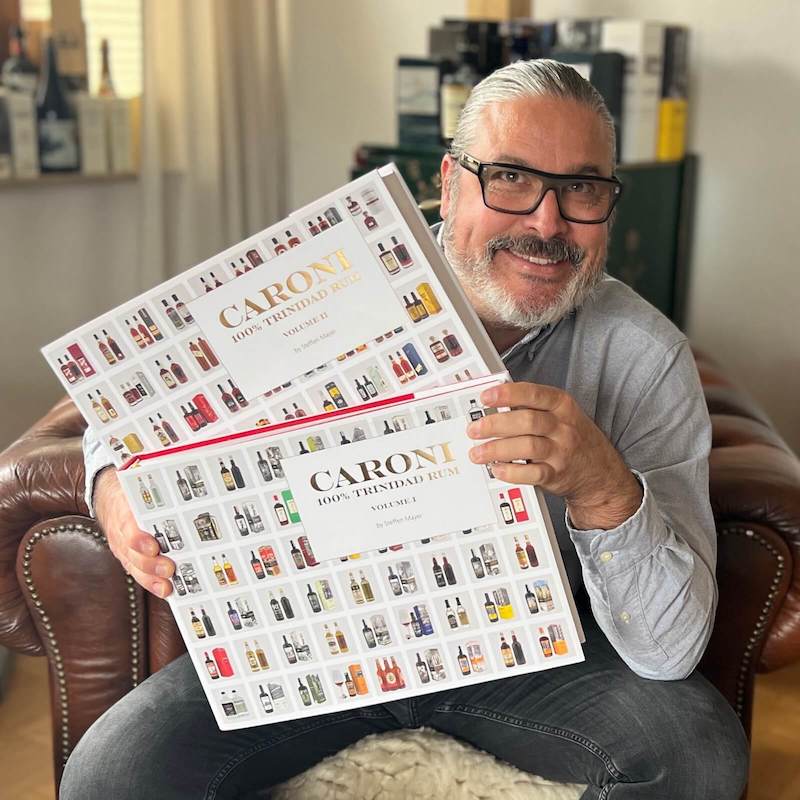 This extraordinary book is the result of five years of intensive research on the Caroni distillery. It consists of two volumes with a total of 1136 pages in a case with a total weight of 9.4kg - a real epic. Worldwide shipping available. 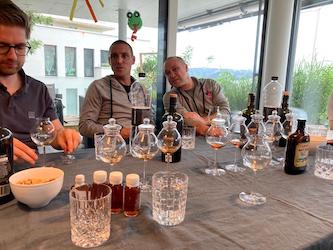 The second flight focused on a set of further cask samples that we got from attendees of Luca Gargano’s famous Caroni Ceremony in 2019. Again, we cannot say thank you enough to those that attended the session and shared some of these rare and sought-after samples with us afterwards. You guys are amazing! 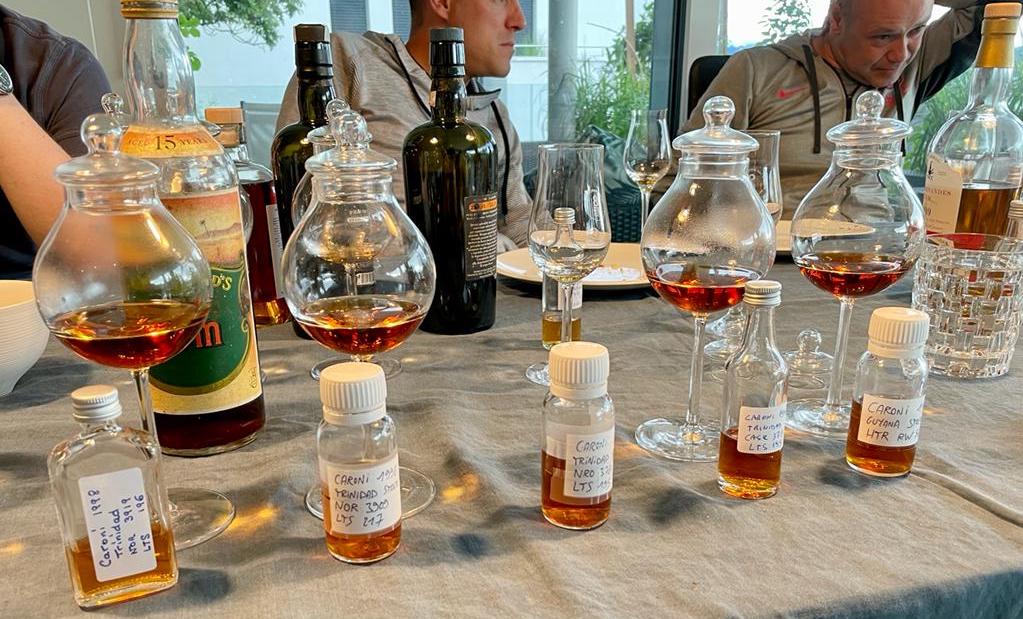 Cask samples of the Caroni ceremony organized by Velier in 2019

In total we tasted six different casks from the ceremony that evening, three of them from 1998 and three from the ever popular 1996 vintage. The quality level here was slightly ambiguous – while all agreed that some of them should be bottled right away as single casks, other samples were a bit harsh and better for use in a blend. But let’s not forget what we had drunk before and that those samples represented fresh-from-the-cask Caronis, so even without knowing the exact ABV, it was clear that we were faced with full proof representatives from the two vintages. We definitely tasted some great stuff and are curious to see what will come our way from Velier in the next years.

In round three the bar was declared open – in a quite literal sense: Everyone was then invited to choose from more than 40 open Caroni bottles and countless additional samples. Even Steffen mentioned that he had never seen so many open Caroni bottles at once - so for a few hours, we all felt like we were in rum paradise.

Some of the highlights for the individual attendees were the 1992 Hangar Full Proof, the 1998 No Smoking, as well as the 1991 Full Proof Lady. And as if this weren’t enough, we also saw a couple of fresh bottle openings that very night:

For all of us, it was an unforgettable evening we had never experienced before and probably won’t ever again. It also became apparent that there is a world outside the current price explosion and the corresponding bottle flipping – the one of absolutely unique taste profiles and fantastic spirit quality. Most importantly though, we all got to experience how passion and emotion multiply if you share them with others.

What's the best Caroni you've had in your glass so far? We're excited to hear what your favorites are and welcome any engaging discussions in our community forum: