Earlier this year we offered an exclusive pre-order of the second release of Distilia’s The Golden Age of Piracy series. The set consisted of three bottlings including one previously unseen vintage from Jamaica’s legendary Long Pond distillery:

Distilia’s promise for this series was that they had “matched unique single cask rum with rich and distinctive personalities”. While names, vintages and years of aging sound promising, we were of course interested in having the ultimate proof: Taste. When starting discussions about our collaboration with Jakub from Distilia, we agreed early on that we’d love to organize a tasting event to hear the impressions from the people that decided to participate in the presale.

Last Thursday the time had finally come and we all got together in one ZOOM meeting to kick off the “The Golden Age of Piracy”-tasting event hosted by no one else but one of the most legendary rum lovers in Europe, Pietro Caputo. Whoever had the chance to talk to Pietro about rum, must have felt his passion for sugar cane spirits and all those that also know his professional background in the chemical industry would quickly realize how deep his curiosity and expertise about all aspects around production and aging of rum are.

After some opening words from both Jakub and ourselves to welcome everyone to the session, Pietro took over and shared both key facts as well as personal anecdotes about the rums, distilleries and vintages - all that in his unique, highly entertaining way and without ever leaving room for anyone to get bored. 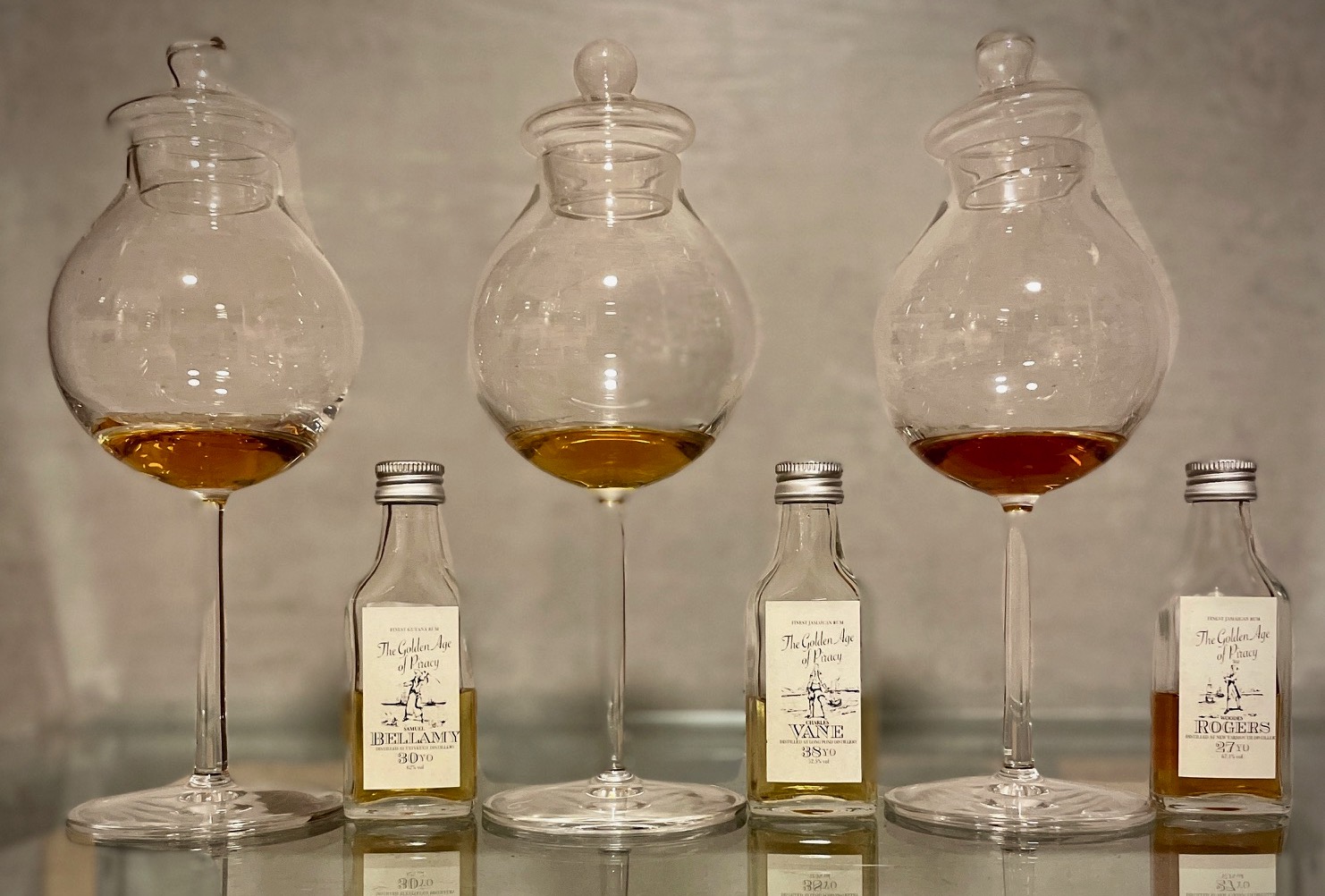 However, the main actors went by the names of Samuel Bellamy, Woodes Rogers and Charles Vane - and they did not disappoint. Just have a look at the impressive scores the three bottlings received to date: With ratings of 88, 90 and even 94 points from the RumX community the series raised the bar even further after their already very well-acclaimed initial releases from last year. We’d like to thank Pietro for being our host during the tasting event and Distilia for this fruitful collaboration. In fact we’re already in discussions of how to continue our joint journey - stay tuned for more to come!

The unicorn Long Pond 1983 is currently storming the monthly charts with excellent ratings. What's your rum highlight of the year so far?